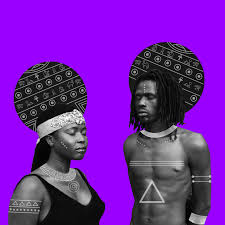 Emanuel Jal experienced more trauma in his first ten years than most of us will encounter in our entire lives, and then some. Born into the second Sudanese civil war, and the son of a rebel fighter, Emanuel knew only war and death as a child. At the age of 7, his mother was murdered by government soldiers and he was forced to flee, alone towards Ethiopia in search of a better life and an education. Before he was able to reach the relative safety of Ethiopia, he was kidnapped by rebel soldiers and trained in a camp to become a weapon of the resistance, the very same group his father had left to fight for. He eventually found a British aid worker who adopted him and smuggled him into Kenya where he was able to be educated, and start his journey to forget the horrors of war.

It is in Kenya as a teenager that Emanuel found the outlet of hip hop and was able to express his past through music. Though he was talking about his past in his lyrics, his focus quickly turned towards unity, and helping Sudan return to a peaceful existence. He used his music to urge Sudanese survivors to make amends with themselves and the hardships they encountered during the war, but more importantly, to work towards a better future built on learned experiences from the civil war.

HIs music has reached far across the globe and influenced many audiences outside of central Africa in the process. He has performed at Live 8, has appeared in his own TEdTalk and performed at Nelson Mandela’s 90th birthday with the likes of Amy Winehouse, Will Smith and Eddy Grant.

Now based in Toronto and still producing hip hop, Emanuel has continued to speak out about the use of child soldiers in Africa.